Highonfilms: THE GENTLE INDIFFERENCE OF THE WORLD [2018]: ‘CANNES’ REVIEW

Источник: Highonfilms: THE GENTLE INDIFFERENCE OF THE WORLD [2018]: ‘CANNES’ REVIEW

The couple of people at the center of Adilkhan Yerzhanov’s “The Gentle Indifference of The World” have accepted the fact that life doesn’t always deal you the right cards. They have also accepted that people are selfish when it comes to fulfilling their needs and desire and hence their gentle indifference towards you is, in fact, a testament to the human condition and nothing more than that. Poetically titled after a line from existentialist philosopher Albert Camus’s ‘The Stranger‘, the film with its sly humor, minimal-whimsical visual motifs, poker-faced acting and an incensive eye for dealing with the poor and the miserable somehow reminds one of Aki Kaurismaki‘s brand of cinema.

With his sixth feature, Adilkhan Yerzhanov investigates the tender, innocent and gentle love story between Saltant (Dinara Baktybaeva) and Kuandyk (Kuandyk Dyussembaev) with the backdrop of societal and economic bureaucracy, patriarchal ill treatments and the poor state of urbanization –  which is truly cruel for the people moving up from the village to the city. While Yerzhanov does handle pretty heavy and serious themes, the tone of his film is somewhere between a whimsical comedy and an absurdist satire. Pretty much like Kaurismaki, his characters are true replicas of puppets thrown into a gentle mixture of playful mischief. 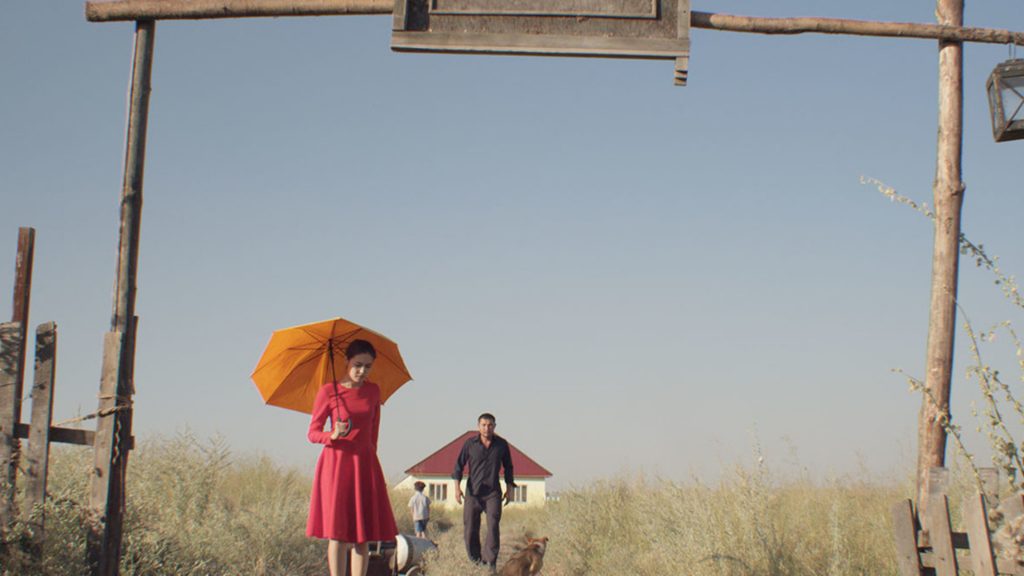 Opening with Kuandyk’s little wrestling game in order to gain a quick buck to slowly moving to Saltanat’s father’s untimely death, Yerzhanov quickly zaps us away from the countryside. We move to the city which now becomes the grounds for Saltanat’s way of paying back her father’s debts. Kuandyk, who has been smitten by her enchanting beauty since their childhood just tags along. Saltant, who is well-read and educated is angered and disappointed on meeting his uncle who just wishes to marry her off to a rich guy (literally pimping her out in return for her father’s debt). Both Saltanat & Kuandyk settle for a poor life in the city where Kuandyk finds a job of moving goods and Saltant becomes a cleaner at a hospital. Saltanat had always wished to work in a hospital but the gentle indifference in the workplace ethics aren’t much of a bother, until of course her father’s debt come knocking back into her life.

The third act of the film features some very bad decisions and a quietly powerful finale that uses production designer Yermek Utegenov’s visual aesthetics as a playful remuneration of the changes in the characters and their inescapable present. Utegnov uses Saltant’s dress, a pair of white flowers & Kuandyk’s paintings to serve as true reminders of the dark grey matter in a stark story which doesn’t change its gentle, light touch.

However, the emotional impact of the finale doesn’t quite leave you reeling for the love shared between the leading pair. We are not moved by the indifference of the world towards the two of them. And even though Yezhanov portrays how people have been  equated with money and not an iota of empathy, “The Gentle Indifference of the World” just made me miss Kaurismaki who has decided to hang his shoes after “The Other Side Of Hope.” If not for anything, Yezhanov can now serve the legacy of the master with his gentle, powerful fables.

‘THE GENTLE INDIFFERENCE OF THE WORLD’ HAD IT’S WORLD PREMIERE AT THE 2018 CANNES FILM FESTIVAL UNDER THE ‘UN CERTAIN REGARD’ SECTION.
CLICK HERE FOR OUR COMPLETE CANNES COVERAGE.