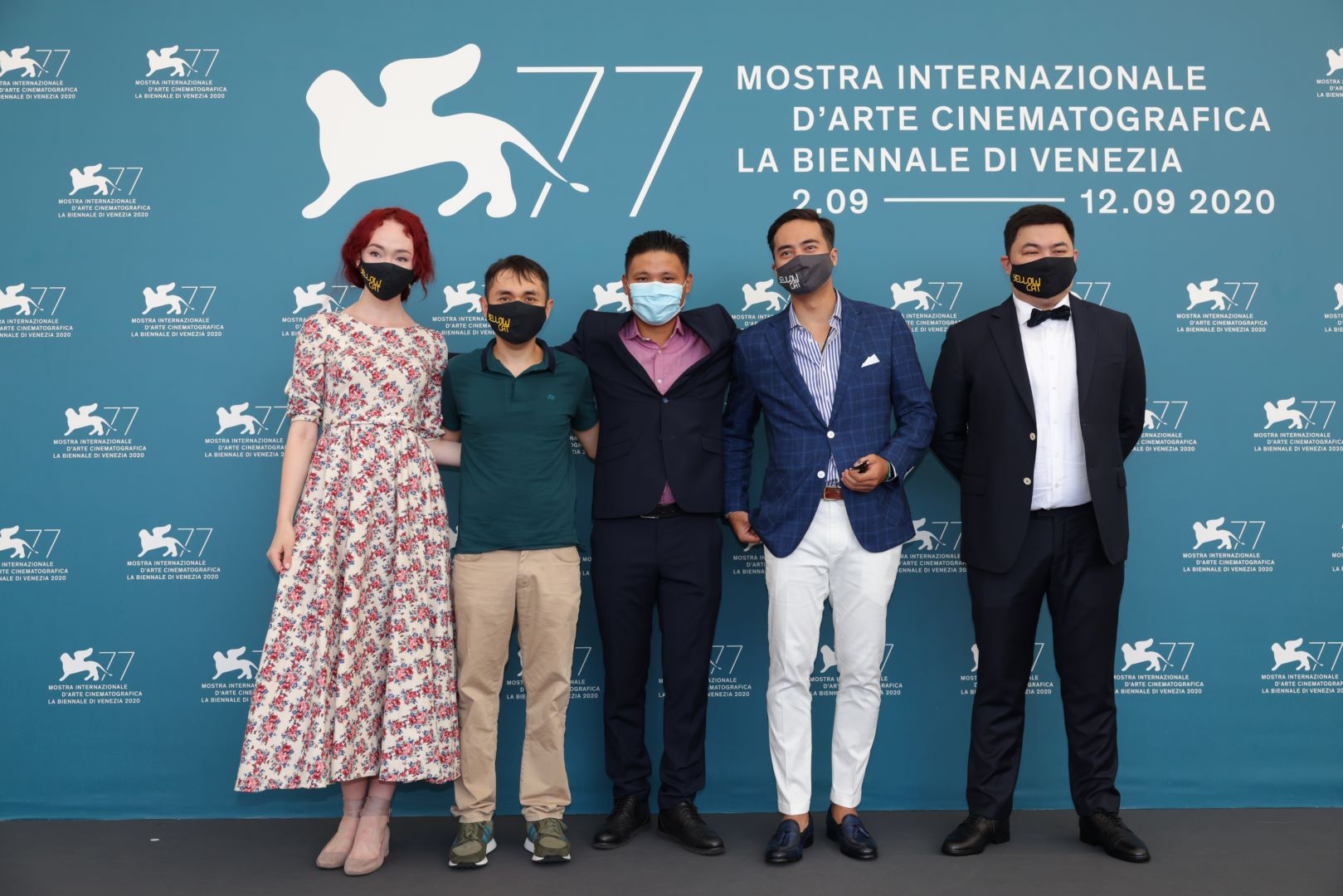 On September 10, the world premiere of Yellow Cat took place at the 77th Venice International Film Festival in Sala Darsena Theater. The film is a part of a competitive Horizons section.

This year the Festival is held from 2 to 12 September and, remarkably, with live audiences. The Horizons section Jury is chaired by a legendary French filmmaker Claire Denis (Beau travail, Let the Sunshine In, High Life).

The crew of the film shared their impressions:

- I think the live format of the Venice is by far the best premiere for any film at all, and I'm very excited about this opportunity. I congratulate the entire crew of the film Yellow Cat! - director Adilkhan Yerzhanov.

- To be the part of the Venice is great happiness and great pride for our crew! - Assel Sadvakassova, the general producer of the film.

- Despite the COVID-19, we are here, and this is already a huge victory. All that matters now is that our film will be heard and seen. And the more people will learn about it the better. So the film to live on! - actor Azamat Nigmanov.

- I am overwhelmed by the most pleasant feelings. The whole world is going through some difficult times, but I believe, cinema must win! - actor Sanjar Madi.

The film Yellow Cat is the 9th full-length feature film of Adilkhan Yerzhanov. The film was shot in Almaty region last year

The film tells the story of Kazakh Bonnie and Clyde. After serving a prison sentence, a young man Kermek returns to his hometown, where a criminal group has established its ruthless laws. Eva is Kermek's girlfriend. Under the pressure of bandits, she finds herself on a bad path. Kermek himself is mired in crime, but does not stop dreaming of breaking free with his beloved and building a movie theater. He decides to achieve this goal at any cost…