Wide Release of A Dark, Dark Man in France 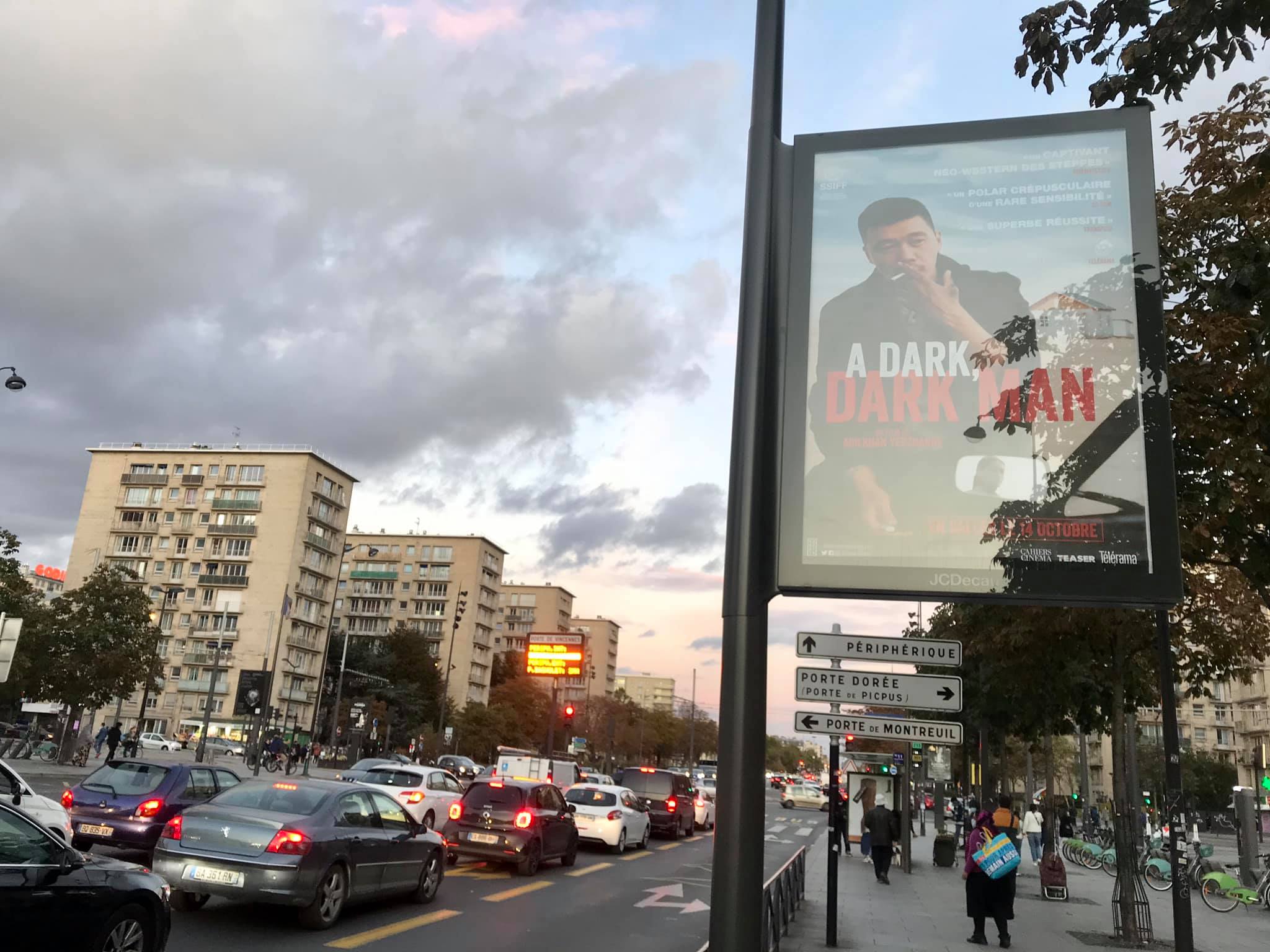 The film A Dark, Dark Man directed by Adilkhan Yerzhanov is in a wide release in France since October 14. In total the film will be shown in 60 theaters in all major cities of the country, including 9 theaters in Paris. This is the director's second film that French audiences are seeing on big screens - earlier in 2018, the film The Gentle Indifference of the World was theatrically released in France, as well as in 2019 it was released on DVD. Both films were released by French company Arizona Distribution. French audiences are particularly fond of Yerzhanov's films - the director has twice participated in the official program of the Cannes Film Festival, and his films have also participated many times in other French festivals. On the eve of the release, the leading French media wrote reviews of the film:

"A Dark, Dark Man is a mix of noir and steppe western with a minimalist aesthetics" - Le Monde

"Bursting with flashes of violence and burlesque vignettes, A Dark, Dark Man is at the same time surprisingly melancholic" - Premiere

"Archetypal characters in a universe hyperstylized to perfection" - Liberacion

- It's great that Kazakh cinema is being released in Europe. I think it is an achievement of the whole crew, everyone who is involved in the film. My congratulations to everyone! - said Adilkhan Yerzhanov.

Yerzhanov's film was created by Astana Film Fund (Kazakhstan) with the participation of Short Brothers (Kazakhstan) and Arizona Productions (France). Akan Satayev and Ernar Kurmashev acted as general producers. This dramatic thriller tells the story of a detective Bekzat (actor Daniyar Alshinov), who wants to quickly close the case because the guilty one - a harmless moron Pukuar (Teoman Khos) - has already been found by the local police. The case falls apart when journalist Ariana (Dinara Baktybaeva) from the city intervenes. Now Bekzat will have to conduct a real investigation, following procedure, for the first time in his practice.

The world premiere of A Dark, Dark Man took place on September 23, 2019, in Spain. The film was shown as part of the main competition program of the 67th International Film Festival in San Sebastian. The San Sebastian International Film Festival is one of the oldest Class A film festivals in the world (along with Cannes, Berlin and Venice). In November 2019, Adilkhan Yerzhanov was awarded the “Asia Pacific Screen Awards-2019” (Asian Oscar) in the nomination “Achievement in Directing” for A Dark, Dark Man. He is the first director from Kazakhstan who has won the APSA in this nomination. In 2020, the film won five awards at once at the Kazakh Independent Critics' Choice Film Award: Best Drama Film, Best Director, Best Actor, Best Actress, and Best Cinematography.

As a reminder, last year A Dark-Dark Man (working title - Kuandyk) won the pitching of projects at the Almaty Film Festival. In the winter of this year, the film was released in wide distribution in Kazakhstan.

A Dark, Dark Man entered the long list of the Golden Globe Award

The World Premiere of Ulbolsyn in Tallinn